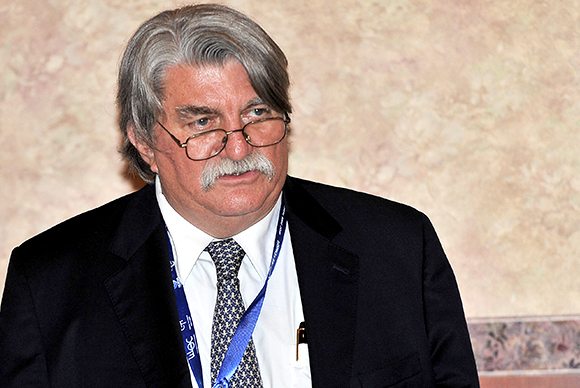 Roger McManus is the President of the Friends of the Sonoran Desert and President Emeritus of The Ocean Conservancy (formerly the Center for Marine Conservation). He worked for the Center for Marine Conservation as its President from 1984 to 1999, and built it into the largest conservation organization in the world devoted exclusively to the marine environment. Mr. McManus has served as the Vice President for Marine Programs at Conservation International where he directed the Seascapes program for CI. In the Clinton Administration, Mr. McManus served as the Senior Advisor for the Oceans, with the Office of Secretary in the U.S. Department of the Interior (DOI). Under Secretary Bruce Babbitt he had lead DOI staff responsibilities for the Coral Reef Task Force, the initiative to develop a management regime for the Northwest Hawaiian Islands, DOI marine protected areas and related issues. During the Carter and Reagan Administrations, Mr. McManus served as senior staff in the Executive Office of the President. He has been a member of several interagency and private sector commissions to review marine policy, and has served on the governing boards for several charities including the Perry Institute for Marine Science. He has been an active partner in supporting the IUCN Species Survival Commission throughout his career.